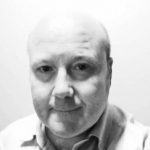 The Ultra HD Forum booth at NAB17 demonstrated Ultra HD and particularly HDR technologies that are deployable today. For the Forum, HDR has indeed now matured to the point where live services can be deployed with today’s production technology. The forum also demonstrated several developing technologies that will mature in the next 12 to 18 months to further build on today’s technology and enhance the customer experience in video.

The Forum has been working on its UHD guidelines since 2015. The current version (1.4) focuses on what we term “Phase A” technologies that are available to deploy in 2016/2017. These can also be what standards organisations refer to as “Phase 1”. Phase A covers 4K resolution at 50 or 60fps, HDR based on static metadata or HLG, with Wide Color Gamut, and multichannel sound solutions. Future Phase B technologies include further developments in HDR to include Dynamic Metadata, High Frame Rate (>100fps) and object audio based solutions such as AC4, DTS-X and MPEG-H.

The booth had five thematic Pods and this is the first of five blogs about those Pods and their demos. I’ll describe the lessons we learned and how the demos were received at NAB17.

The first pod was themed around Broadcaster HDR from a Phase A perspective.

Delivering UHD 4K services with HDR and WCG can still be seen as complicated for broadcasters and platform operators. They need a universal service to consumer displays whilst minimising the number and bandwidth of video streams to provide those services. This is particularly true when a single video service takes more than 25Mbps, and the operator may still be distributing HD versions of the service via simulcast for its non-UHD customer base.

Their are two primary Phase A HDR solutions: PQ based HDR and HLG based HDR. Both formats are suited for delivery of Live and pre-recorded episodic content Linear services. However, each format has its advantages and disadvantages for broadcasters and platform operators.

One of the downsides of PQ, is that it has no backwards compatibility to provide a universal service for SDR displays without simulcasting two services for SDR and HDR. HLG as a format though, offers an almost universal service with only one video stream, and associated use of bandwidth. This is however dependent upon displays being able to use BT.2020 color capabilities, which has generally been available on consumer displays since late 2015/early 2016. Considering the sales expansion of UHD TVs, this means in most markets only a smaller and reducing percentage of displays are seen to not have this color capability. 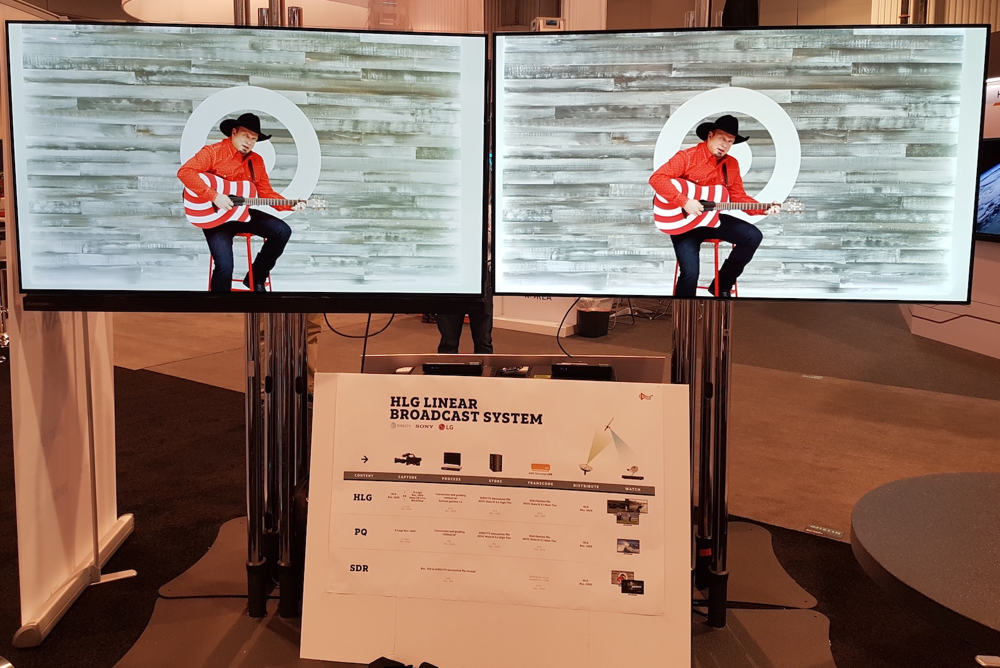 Taking this into account, DirecTV and Sony have been working on HLG service distribution and this is what was demonstrated in this pod. The demonstration was a full “glass-to-glass” distribution (content production though satellite to display) of HLG HDR video to SDR and HDR displays from Sony and LG, allowing comparison side by side of the resulting video quality. To set up  this demo, a dedicated Satellite link was used from DirecTV’s head office to the show floor. The DirecTV STBs used were the same as those currently deployed in the field but with an trial software. They were connected to both SDR and HDR displays without any other client adaptation/conversion.

The content distributed was originally provided in PQ, HLG, Slog3 and SDR formats and DirecTV also demonstrated how they could convert in real-time in their headend from these formats to HLG for distribution using solutions provided by Sony and AWS Elemental. HDR content shone out beautifully and the SDR rendering of the content remained a faithful reproduction without artefacts.

The many visitors to the booth were intrigued to hear about the advantages of HLG for linear broadcasting and went away with a clearer understanding of how HLG works, particularly how it presents the same video data to both SDR and HDR displays for rendering according to display capabilities. We also had some interesting comments about the differences in color reproduction between the SDR and HDR displays, as visitors could clearly see how much more realistic the HDR display showed the content.

Our next blog will look at the second demonstration pod… Mixing SDR and HDR, and the Quality of UHD HDR.